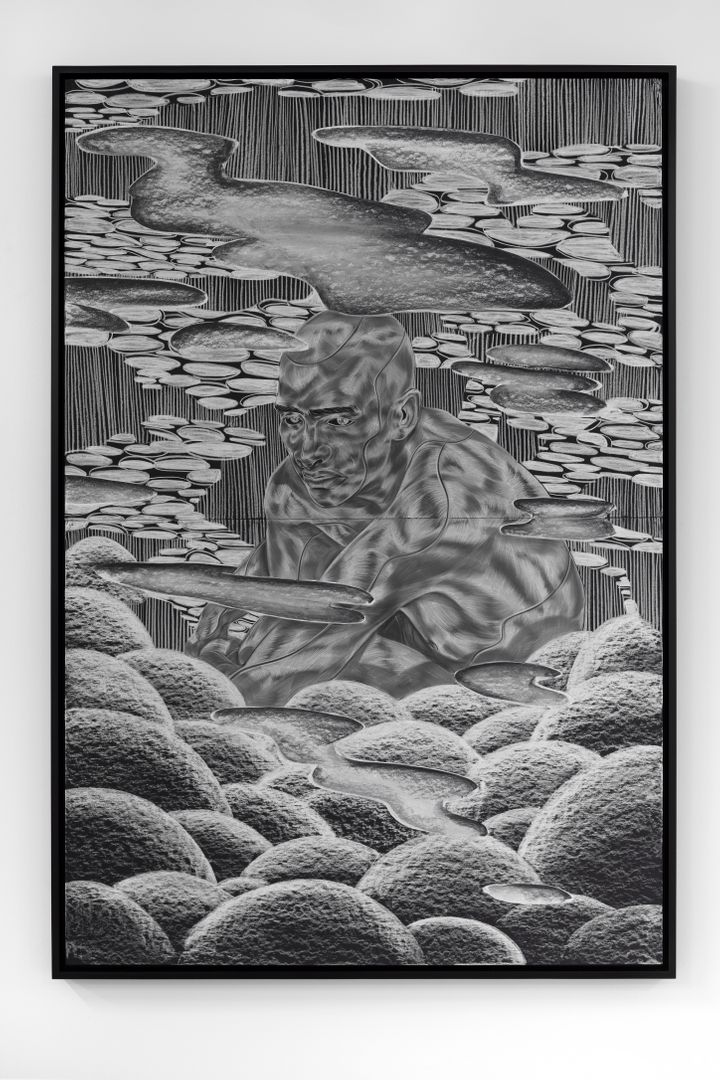 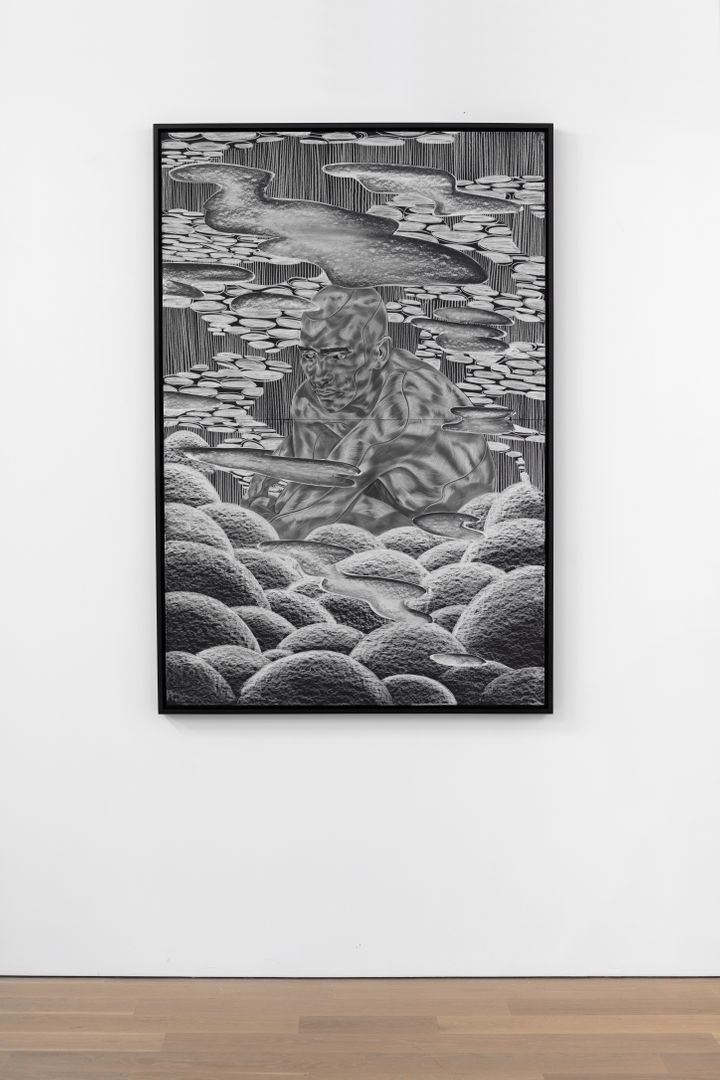 Born in Nigeria, raised in Alabama, and trained in the Bay Area, Toyin Ojih Odutola creates rich portraits that draw on references from across time and space. In the artist’s telling, her drawings stem from an investigation into the tactile qualities and topographies of skin and have evolved over the last decade into a distinctive style of portraiture that engages a multitude of experiences, the malleability of identity, and the possibilities for visual storytelling. Odutola’s poetic myths are epics involving sublime imagery and detail.

In Bardo, the artist depicts a female figure amid a natural landscape rendered with pastel, charcoal, and chalk to create complex layers of surfaces. The work is part of the artist’s 2019 series “A Countervailing Theory,” which Odutola calls the result of an archeological excavation in Nigeria’s Jos Plateau. The recovered panels, as imagined by the artist, depict a cosmology of figures from a lost civilization ruled by women leaders. Depicting moments of peace and strength, this series points to the foundations of civilization as contributing to our current conditions of imbalance and inequity. Bardo takes its title from Tibetan Buddhism, referring to an intermediate or transitional state between death and rebirth, and represents the potential of memory in Odutola’s practice.

Toyin Ojih Odutola (b. 1985, Ile-Ife, Nigeria; lives in New York) earned a BA from the University of Alabama in Huntsville and an MFA from California College of the Arts in San Francisco. The artist’s work has been honored with solo exhibitions at the Barbican Curve, London (2020, traveled to the Kunsten Museum of Modern Art, Aalborg, Denmark, and the Hirshhorn Museum and Sculpture Garden, Washington, DC, 2021); Whitney Museum of American Art, New York (2017); Museum of the African Diaspora, San Francisco (2016); Contemporary Art Museum St. Louis, Missouri (2015); and Indianapolis Contemporary (2013). Her work is held in many public collections, including the Museum of Modern Art, New York; Whitney Museum of American Art; the Metropolitan Museum of Art, New York; the Studio Museum in Harlem, New York; Institute of Contemporary Art, Boston; the Art Institute of Chicago; Princeton University Art Museum; and the Smithsonian National Museum of African Art, Washington, DC, among others.